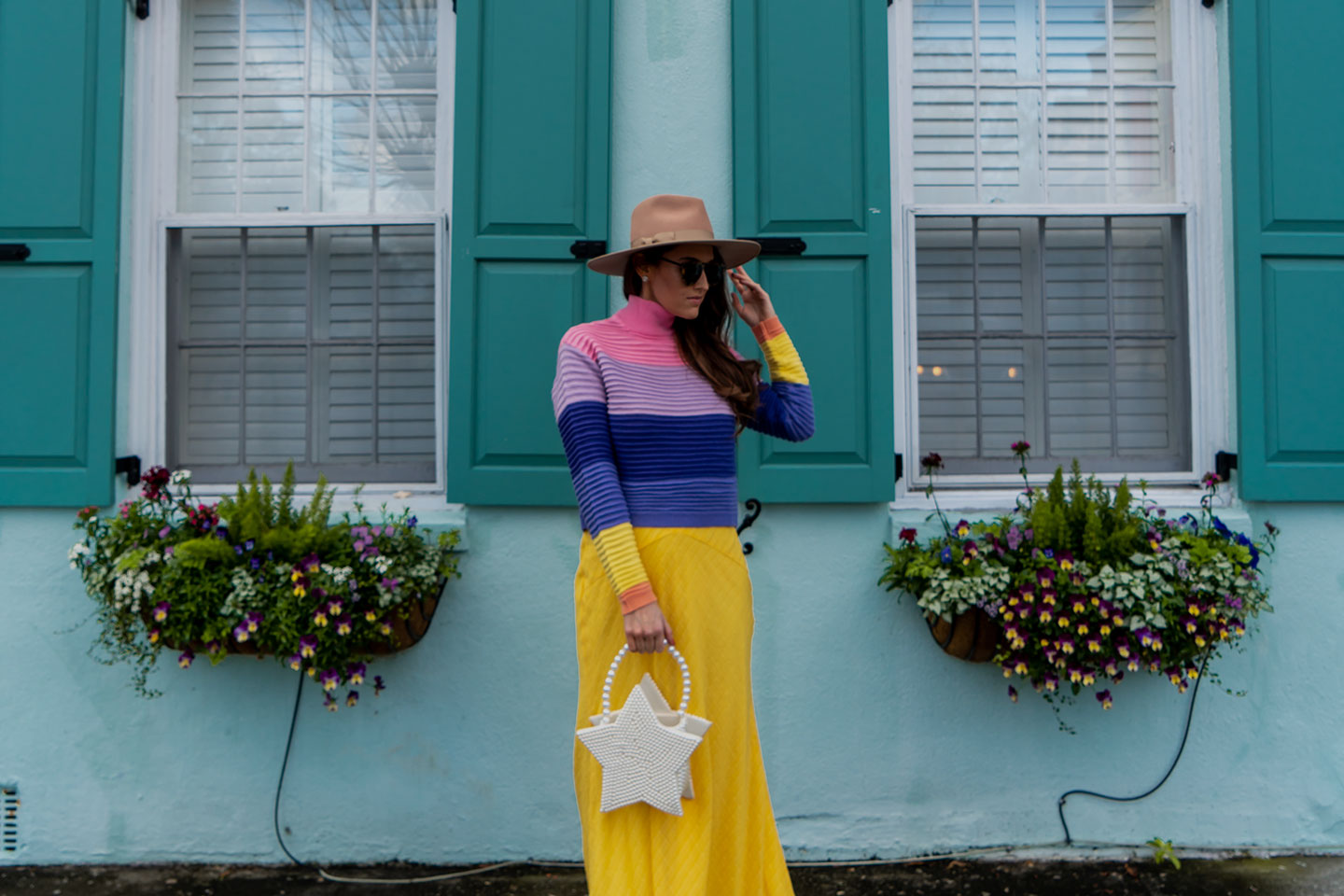 Charleston is one of my favorite hidden gems of the South. It isn’t huge but is big enough that it really feels like a city. Unlike a lot of other southern cities, it’s truly walkable. Charleston has a ton of history and a huge group of tour guides who can’t wait to tell you stories about its historic past. While Charleston has all those great things going for it, the thing it’s probably best known for these days is the great food scene!

I’ve been very lucky, growing up my parents would take me to Charleston every year since my uncle lived there and our family had a house nearby. Charleston is such a part of my family’s story that my sister got married nearby on Kiawah Island. I take for granted how amazing the city is sometimes so this time when I visited with David for our babymoon it was great to get to see it through his point of view as someone who didn’t know Charleston.

We were lucky enough to book the newest hotel in Charleston, Hotel Bennett. Hotel Bennett is right on King Street which is like the main street of downtown Charleston. King Street has all the best shopping, cute cross streets and a ton of incredible food options so staying on or near it is perfect for showing someone the city. I’d never stayed at Hotel Bennett before since it’s only been there about a year, but I’m so thrilled we got to stay there. The hotel is stunning, and we ate at each of the three restaurants and each one was fantastic!! They also have one of the best Spas in all of Charleston so I was able to get a very relaxing maternity massage.

One of the things I was really excited about (David wasn’t as excited) was getting to shop on King Street. King Street is full of adorable shops that cover the spectrum from antique shops to places where you can get the perfect this-season dress. Since baby P is due to arrive in just a few weeks, most of my shopping revolved around trying to find him the perfect Charleston outfits….and I’m happy to announce I definitely bought them!!

After making David carry my new purchases up and down King Street, we walked through the most scenic part of Charleston, Rainbow Row and the surrounding neighborhoods. Rainbow Row is a block of super colorful Georgian homes built during the 1700’s. All of the houses on rainbow row are beautiful pastel colors and each one has so much character. The streets around Rainbow Row are just as charming and the perfect place for a relaxing walk. If you don’t know Charleston well and want to get a better feel for it’s history, you can book tours of the city that include Rainbow Row and many of the other historical and beautiful parts of the city.

No trip to Charleston would be complete without sampling the food scene. In addition to the amazing meals we enjoyed at Hotel Bennett, I was able to take David to 167 Raw’s new location on King Street. David loved the fresh seafood and told me he thought the local beers were amazing.

One evening, around 10PM I was craving a piece of pie and asked the concierge at the hotel where the best piece of pie in the city was. Before he could even answer two other people jumped in and said we had to try Kaminskys. David and I walked over to Kaminskys which is right by Charleston City Market and I must say, I was shocked when I got there. Kaminskys had a doorman…. that’s right, a doorman to get into a dessert place!! We had to wait about 30 minutes to go in and place our order, but it was 100% worth the wait. David had the best milkshake of his life and he had two delicious pieces of pie to wash it down! For once I wasn’t the one who was binging on dessert – I limited myself to one (maybe one and a half) slice. If you’re going to Charleston and love sweet treats, definitely check out Kaminkskys.

I can’t imagine a better place to have gone on our last trip as just a couple than to Charleston!!

Note: This post is a paid partnership with Expedia and LiketoKnow.it.

Take Your Sales To The Next Level

Contact us at 1 800 232 3485 send us an email, or fill out our contact form to speak with one of our experts and learn how we can help you increase your sales.

We use a holistic, science-based approach combining training, consulting, coaching, and diagnostics to help you get the results you want.